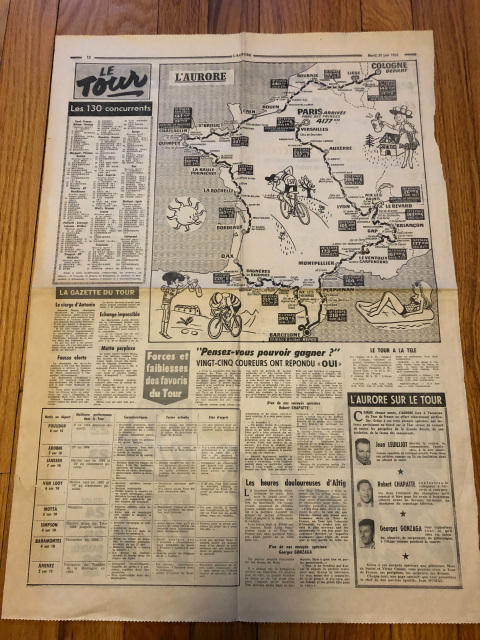 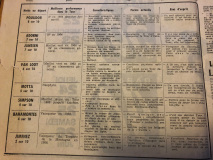 Picture this. It's 1965 and Raymond "Poupou" Poulidor is returning to le Tour as the favorite with one thing on his mind: to best his 2nd place finish from the previous year. It starts on the 22nd of June, with Rik Van Looy taking the first of the day's split stages and the Ford-France-Gitane team taking the team time trial in the evening. Day two is taken by another Belgian, Bernard Van De Kerkhove, but day 3 is when things go downhill for Poupou, otherwise known as the "eternal second."

Felice Gimondi, a substitute replacement on the Salvarani team in his first year at the Tour, takes the day's stage and eventually takes the Overall in Paris nineteen days later. Gimondi would later become one of only six riders in history to have won all three Grand Tours (the Tour de France, the Vuelta a España, and the Giro d'Italia), while Poulidor would finish in second place (again), eventually taking the second step on the podium a total of three times, and in third place five times.

Own a piece of that memorable year with this map of the route starting in Cologne, Germany (the first time it started in Germany and only the third year starting outside of France) and ending in Paris, taken from a French newspaper sold on June 6, 1965. Incidentally, this was also the first year start ramps were used for time trials. Overall dimensions are roughly 17" x 23", perfect for framing to mount on your wall, and with odds posted in the lower left corner, you'll know who to bet on.